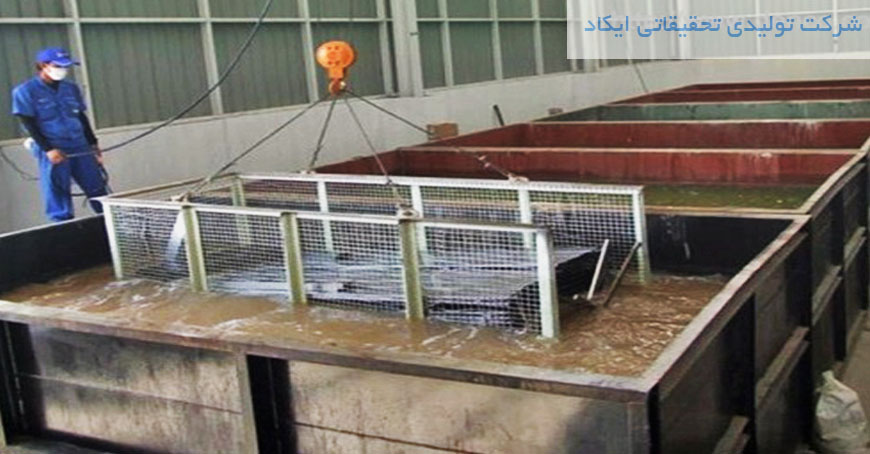 Phosphate coatings are used on steel parts for corrosion resistance, lubricity, or as a foundation for subsequent coatings or painting.[1][2] It serves as a conversion coating in which a dilute solution of phosphoric acid and phosphate salts is applied via spraying or immersion and chemically reacts with the surface of the part being coated to form a layer of insoluble, crystalline phosphates.[3] Phosphate conversion coatings can also be used on aluminium, zinc, cadmium, silver and tin.[4] The main types of phosphate coatings are manganese, iron and zinc.[5] Manganese phosphates are used both for corrosion resistance and lubricity and are applied only by immersion. Iron phosphates are typically used as a base for further coatings or painting and are applied by immersion or by spraying. Zinc phosphates are used for corrosion resistance (phosphate and oil), a lubricant base layer, and as a paint/coating base and can also be applied by immersion or spraying.

A widely used process for the surface hardening of steel. The components are heated by means of an alternating magnetic field to a temperature within or above the transformation range followed by immediate quenching. The core of the component remains unaffected by the treatment and its physical properties are those of the bar from which it was machined, whilst the hardness of the case can be within the range 37/58 HRC. Carbon and alloy steels with an equivalent carbon content in the range 0.40/0.45% are most suitable for this process.[1] A source of high frequency electricity is used to drive a large alternating current through a coil. The passage of current through this coil generates a very intense and rapidly changing magnetic field in the space within the work coil. The workpiece to be heated is placed within this intense alternating magnetic field where eddy currents are generated within the workpiece and resistance leads to Joule heating of the metal. This operation is most commonly used in steel alloys. Many mechanical parts, such as shafts, gears, and springs, are subjected to surface treatments, before the delivering, in order to improve wear behavior. The effectiveness of these treatments depends both on surface materials properties modification and on the introduction of residual stress. Among these treatments, induction hardening is one of the most widely employed to improve component durability. It determines in the work-piece a tough core with tensile residual stresses and a hard surface layer with compressive stress, which have proved to be very effective in extending the component fatigue life and wear resistance.[3] Induction surface hardened low alloyed medium carbon steels are widely used for critical automotive and machine applications which require high wear resistance. Wear resistance behavior of induction hardened parts depends on hardening depth and the magnitude and distribution of residual compressive stress in the surface layer.