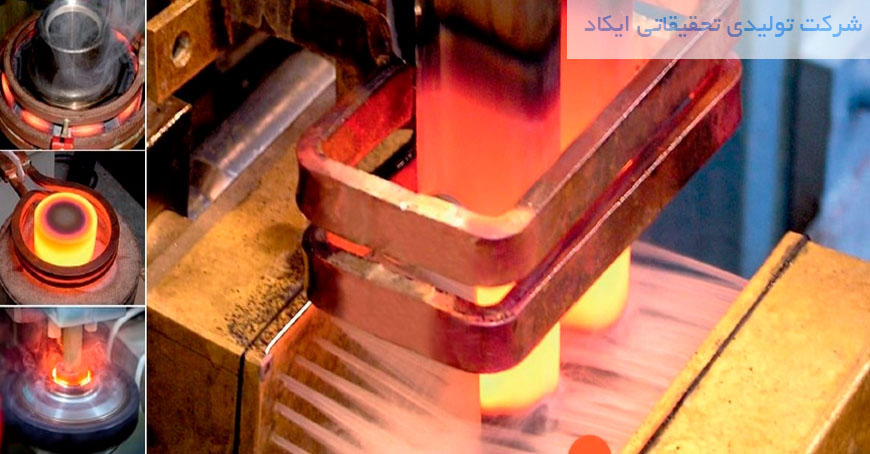 Induction heating is a non contact heating process which uses the principle of electromagnetic induction to produce heat inside the surface layer of a work-piece. By placing a conductive material into a strong alternating magnetic field, electric current can be made to flow in the material thereby creating heat due to the I2R losses in the material. In magnetic materials, further heat is generated below the curie point due to hysteresis losses. The current generated flows predominantly in the surface layer, the depth of this layer being dictated by the frequency of the alternating field, the surface power density, the permeability of the material, the heat time and the diameter of the bar or material thickness. By quenching this heated layer in water, oil, or a polymer based quench, the surface layer is altered to form a martensitic structure which is harder than the base metal.